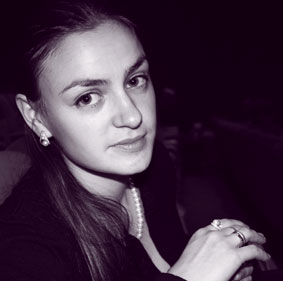 On October 21-23, 2011, Lublin, Poland, hosted the Eastern Partnership Culture Congress. The city, which Europeans and even Poles call the “eastern outpost,” became a place for Eastern and Western Europe to meet to address the integration of Armenia, Georgia, Azerbaijan, Belarus, Moldova and Ukraine into the European economic and political space. What was special about this meeting was the proposal to make the cultural sphere of human activity a key integration strategy.

Ukrainian artists, educators, translators, cultural activists, representatives of houses of culture and local authorities took part in a joint discussion on whether “to be or not to be? …cultured and European.”

The European Commission calls the Eastern Partnership program a “historic chance” for countries of Eastern Europe and the Caucasus that offers the opportunity to “narrow the economic and social gaps between the Union and its eastern neighbors. Otherwise the risk is that they may generate negative political and social forces that inevitably would affect the West” (Radoslaw Sikorski, Polish Minister of Foreign Affairs).

Having supported the countries of the Mediterranean Sea basin (Euromed Heritage Program), the EU advanced east. Back in 2004-2007, the countries of the Visegrad Group (Poland, Czech Republic, Hungary and Slovakia), the Baltics (Lithuania, Latvia and Estonia) and Germany lobbied for the creation of a special program to support their closest neighbors. Starting in 2008 this project begins to actively develop on the initiative of the foreign ministers of Poland and Sweden.

The idea of culture became strategically important for the European initiative in general, and for the Eastern Partnership Culture Congress held last week in Lublin in particular. During the Congress, participants worked in four main sections: Culture and Education, Culture and Independence, Culture and Coexistence, and Culture and Development.

The author of this text was a panelist and speaker at the Culture and Education section. Her first surprise about the section was the disproportionate number of representatives of Eastern and Western Europe. Along with representatives from France, Spain, Macedonia, Serbia and Poland, Ukraine and Georgia were the only Eastern Partnership countries invited. Indicative was the fact that on the second day the representatives of East and West split and began working separately on strategies of education development in EP countries.

Secondly, as it turned out, Ukrainians, who along with Poles dominated the Culture Congress in terms of participant numbers, are most interested in changing the label from CIS to EP.

Inspired by the frank speech at the Congress opening (I must say, it was the soberest and least diplomatic and bureaucratic) by a fellow Ukrainian, Lviv cultural activist and translator Iryna Mahdysh, I tried to talk about certain issues that both sides of the EU border must be ready for – the administrative and theoretical level of Ukrainian education and potential problems that may arise in this context in cooperation between countries of the EU and EP. However, concrete issues turned out to be less interesting than a general development strategy for EP members designed by participants from Western Europe. It became the focus of the presentations of the results of the work of the sections.

Other sections, in contrast, focused so much on the problems of one EP country that they developed a long-term plan for its cultural and economic development. The presentation by this section reminded me of late medieval culture and its intentions to liberate the Holy Sepulcher from the hands of the infidels.

This position of distanced altruism once again proves the rationality of the opinion that is being increasingly voiced by cultural activists: it would make more sense for countries of Eastern Europe to exchange their own strategies for solving similar problems. And the most productive form of EU support in this case would be support of the mobility of representatives of the cultural and educational spheres between EP countries, and funding of conferences, seminars, roundtables and colloquiums at which such issues can be discussed.

Of course the experience of specific EU countries can be worthwhile for some countries of the region that share an historical and cultural legacy. In this regard, analysis of the last decades in Poland, Hungary and Romania could be somewhat beneficial for Ukraine.

The EU must, above all, select one of the possible strategic development options for the Eastern Partnership’s cultural program: 1) create models of cultural (political and economic) development for EP countries that may turn out to be artificial and created without an understanding of the real situation; 2) give EP countries the opportunity to create an internal cultural alliance and offer help in certain situations where the western model may work (which, in any case, requires a thorough preliminary analysis of the situation).

But first it seems worth figuring out is whether these six countries would like to join such a group, and then create an online forum where ideas can be exchanged openly. Discussion of this text can become the driving mechanism.