Online journalism as exploitation of interest 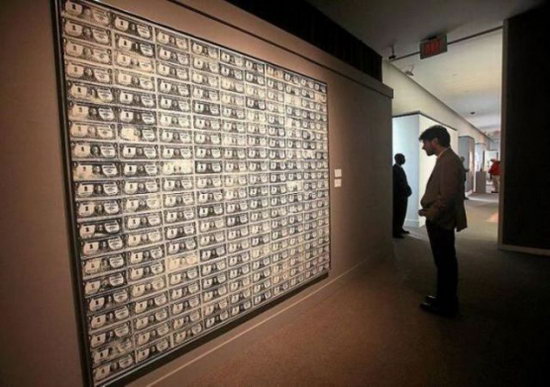 
In late November 2010, Foundation Center for Contemporary Art hosted the international project “Kyiv Offline: Art criticism in the age of instant access” that focused on the need to develop among critics in Ukraine a common understanding of the role of the contemporary art critic in an age of instant access to information. One of the results of the project was the compilation of essays by project participants on the critical situation in Ukraine today.

KORYDOR is joining the discussion on the role of art criticism and will publish a selection of texts written after Kyiv Offline. The complete collection of texts will be available soon on the Foundation CCA website.
If I’m not mistaken, the expression “exploitation of interest” belongs to the Moscow curator Daria Pyrkina. Though, in our case, it doesn’t matter: even if Daria requires copyright, I will calm her down by explaining that I was not paid for this text. But as a result of this acquaintance, we may become real friends, which is more important than money.

What else besides friendship could be more valuable than money? For example, one relatively new online publication declares that “unfortunately, at the initial stage (about 3 months), participation in the project will be possible only on a voluntary basis (without any fee)” and thus lures unpaid employees with the opportunity for “free admission to any cultural events in Kyiv and Ukraine.”

Indeed, the Internet provides unlimited opportunities for people who want to share their thoughts publicly in a written form. From now on, editors do not need to squeeze the author’s idea into the newspapers’ “quarters,” “halves” or even a page. Now there is full democracy: write as much as you want, if someone is interested, s/he will read to the end, and if not, it’s no big deal, for there are no printing costs.

In the past, as a student of the journalism department, I was taught to always keep the cost per square centimeter of a page of a printed edition in mind while writing. That literally means: to calculate the cost per square centimeter of a newspaper or a magazine by knowing the price of paper, printing ink, the labor of people engaged in the publication process. Now count how many letters can be put in this square. A brilliant method! After such manipulations, the ability to write nonsense, even for one’s own benefit, disappears completely.

The length of Internet publications is sometimes just annoying. Well, yes, they are thorough and deep, but one should take into account the reality in which people live - they have dry eyes from sitting in front of computer, their posture suffers, and static electricity builds up in their hair. The culture of relaying information involves first of all the reader’s comfort, and not the author’s self-expression.

Here is the paradox: while working for a reporter’s wage at a newspaper or magazine, you usually do not think much about your audience. Your reader is your editor, and that’s it. Once or twice a month he pays you for the work, the natural circulation of energy is performed, and everyone is happy. Only the most ambitious are interested in the reaction of the wider public to articles. Their vanity delights even in calls from crazy people who curse them.

But when you become a freelancer who enters into relations with online publications and – let’s be extreme – those with a cultural focus, only then do you begin to ask yourself seriously: Who actually reads all this? Who needs your writing? Well, the print publication had a circulation of one million, and these faceless millions were kind of implied behind the editor’s desk. But what about “here”? What is the “circulation” of the site? The number of clicks on your article is something as ephemeral as your fees, which you try to get from an editor through various forbidden means.

They say it’s improper to talk about money with respect to culture. Even more: by starting that kind of conversation, you sense that the editor is convinced that you are the daughter or wife of an oligarch, who simply got tired of sitting at home. Even when directly asking for payment for your labor, you are playing some sort of sophisticated game that has nothing to do with the reality of paying rent and buying food. “The Soviet people do not go by taxi to the bakery,” which means that culture is not written about in online projects, or so the editor who is tired of life wants to reproach you. It is easier for her/him to deal with students who are satisfied with “the opportunity for free admission to any cultural event.”

In principle, this option of “freebies” has always attracted young journalists. Among the previous generation of cultural observers, even those who achieved a status of authority thanks to their writing, there is still a considerable part who are tempted by this “natural barter.” With pride and arrogance developed over the years, they tell you, “I do not go to the theater / concerts / exhibitions / festivals abroad for my own money.” Which means that they write about those events that are well-financed. And you can expect a sharp critique from them only in the case that the reception does not correspond to their sense of status.

We are familiar with this totally deceptive situation. The constant game of meanings, with no internal core unprofitably distinguishes current art criticism from, let’s say, Nekrasov’s The Contemporary or Notes of the Fatherland or Herald of Europe from the last century. That is where debate took place, those participants were serious about defending their points of view, since otherwise art would have gone the wrong way and the country might have perished! Belinsky, Saltykov-Shchedrin, Stasov – what great example of criticism for our current “foam-shooters” to learn from, or at least read once and experience a productive sense of shame...

Something worthwhile cannot suddenly emerge on its own, on level ground; it is born in a particular field. And the field exists only if its components are connected by mutual reaction, which creates a fertile tension, potential. The calm, almost complete absence of tension in the Ukrainian art criticism network is obvious. The electroshocks of the 1990s gave only short-term results. To hope that the “exploitation of interest” will bear its fruit also makes no sense: a reporter’s confidence that her/his article will be printed under any circumstances (because there is so much space online and this format doesn’t pay fees) is professionally fatal. I see a way out only in the capitalization of these new media types, since no better criteria or indicator of need than a financial one has yet been invented by humankind.