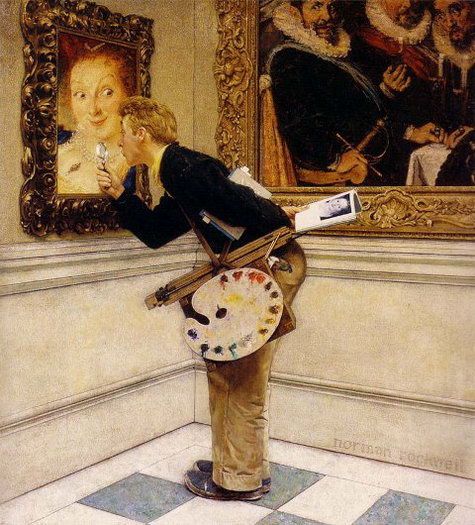 In late November 2010, Foundation Center for Contemporary Art hosted the international project “Kyiv Offline: Art criticism in the age of instant access” that focused on the need to develop among critics in Ukraine a common understanding of the role of the contemporary art critic in an age of instant access to information. One of the results of the project was the compilation of essays by project participants on the critical situation in Ukraine today.

KORYDOR is joining the discussion on the role of art criticism and will publish a selection of texts written after Kyiv Offline. The complete collection of texts will be available soon on the Foundation CCA website.
In analyzing the relatively turbulent, but certainly haphazard development of the Ukrainian art process, perhaps the most problematic area will be art criticism. Without high-quality criticism the art process is simply deficient, and this conclusion seems to be evident. However, no one tries to fill this gap in practice. New galleries, centers and private cultural initiatives are appearing; they bring together new specialists-managers. But who (or whose conscience) is responsible for forming a conscious and intelligent young generation of art critics and cultural journalists?

Theoretically, specialized universities like the Academy of Arts should take care of training personnel and providing the necessary professional foundation. However, in practice, after graduation, critics without proper skills or motivation remain “silent” and realize themselves in any field except for art criticism. The problem, in my opinion, is not in the level of education itself (which is of rather high quality, although sometimes methodologically outdated), but rather in the underdeveloped tradition of art criticism as such.

The Faculty of the Theory and History of Art, founded fifty years ago, was formed in the complete absence of critical discourse in the field of culture in a massive country. Soviet art studies could be best characterized as descriptive. Editorial boards of such giants of Soviet aesthetic thought as the magazine Obrazotvorche Mystetstvo supplied numerous staff members with fees and topics, but did not offer the well-known freedom of author’s expression. Texts were devoted to obviously positive and “approved” phenomena, or to those deliberately negative and in need of “being unmasked.” In fact, criticism was limited to the detailed description of already formed, inviolable judgments. On the visible surface of the Soviet Union’s artistic life, there was no place for the independent and influential critic. S/he simply was not necessary.

Today there is such a need, but not much has changed. After being freed from the ideological press, and with it, from the government order, the Academy has not yet formed a critical core for art critics.

To help articulate the gaps and problems of today’s art history education, I interviewed direct participants of the process. I asked students of various courses of the Department of the Theory and History of Art (DTHA), as well as one of its young faculty members, a few questions that I believe are particularly pertinent.

1. What is the difference between an art historian and an art critic?

2. What is lacking in the art history education at the Academy of Arts that is necessary for its graduates to write critical texts on contemporary art?

3. What needs to be improved in the educational process of art historians? What do you think about the idea of creating a special blog or a web-page where students could post their first texts?

1. The difference, primarily, is in the definitions themselves, although both of them have much in common. The task of an art historian is to be knowledgeable about the arts in all respects, and the emphasis should be on the word “know.” The task of an art critic is not only to know but also “to know how.” In our department, in this respect, the problem is the following: we do know, but when it comes to criticism or even debate, everything remains at a very amateur level.

2. The problem is that academic teaching is focused primarily on classical art, on its history. Information is given in a calm and encyclopedic manner; no feedback is required from us, except during exams. There are too few courses related to the problems of contemporary art. Learning from books on purely European classical art, it is difficult to write critical texts on contemporary artists, evaluating them and entering into discussions.

3. It would be nice to add some new courses, preferably involving young teachers who can offer students the essence of the whole new world of art. The idea of blogging is great. If today the whole world is moving into virtual space, then it is the right place for art history and criticism.

1. I think that there may be an analogy between the concepts of “historian” and “political scientist.” Both professionals must know history brilliantly and be able to comment on it. But a political scientist, nevertheless, gives a detailed estimate of the current state of politics. Likewise, an art critic should not just be an archive of knowledge but should also know how to respond to changes in the contemporary art world keenly and quickly.

2. The lack of the history of photography is evident since this art form has long possessed its own niche among the visual arts. And (this is my personal opinion) there should be more traveling and internships. I would like to see with my own eyes what I study, but it is not always possible to do this without external help and support.

3. I like the idea of such a blog. Recently I was looking for English-language journals devoted to art and found some interesting material that could be posted on such a platform. It would also be interesting to have, for example, a forum where we could communicate with students from foreign art institutions.

1. Primarily, the difference is in the terms themselves, and then it gets down to nuances. But, according to my own experience, I can say that art historians refer to themselves as those engaged in scientific work, trying to uncover the problems associated with art of the past centuries, while art critics deal with the problems of contemporary art.

2. I would like to hear more competent opinions of different people about what is happening in the contemporary art world, not crude flattery, but detailed analysis with all the negative and positive examples.

3. The idea of a blog is not bad, first of all, because everyone can read it and express her/his opinion.

1. In my opinion, an art critic is more concerned with the phenomenon of contemporary art. Her/his mission is to evaluate, analyze and interpret what is currently happening in the art world. Art criticism is a component of art history. To be an art historian, to study the theory and history of art, means to have a foundation that is necessary to form your own opinions and only then engage in art criticism.
2. I think students are not aware enough about what is going on in contemporary art around the world. The practice of writing critical texts is not very well developed. Little attention is paid to developing a critical eye toward art works; there are only responses during seminars, monologues prepared from books.
3. The idea of writing, for example, art exhibition reviews is definitely good. But here the question is in their effectiveness. I remember when we wrote reviews of the Sculpture Salon… Yes, each student outlined what s/he thought. But this did not cause any debate. Perhaps moving them to online space would liven things up. Yes, we need a blog where we can upload interesting topics, current issues, and I think responses will appear quickly.

In my opinion, the main task of professional, quality, and independent art criticism lies in reflecting on the art process in order to identify its contradictions and to guide artistic exploration in the right direction.

A critic is a person who is not just able to simply express her/his thoughts, but also profoundly understands the question, and therefore it is important for her/him to have an art history education. S/he must not only understand how things work in the contemporary art world, but also recognize the continuity of the artistic tradition through all its metamorphoses and transformations over the past thousands of years, starting from cave drawings and ending with contemporary art. And the knowledge needs to be systematic.

The difference between an art historian and an art critic is obvious. The former works with what has already become history, and the latter with the current material from which this history is being created. They have one and the same foundation and methodology. The critic is not an authorized judge who brings in a verdict, but rather a person who has mastered her/his profession, who gives an expert opinion based on systematic knowledge and a scientific approach to the problem.

How shall we solve this problem? Acquaint art historians with modern processes and teach them to analyze these processes adequately.