Listening to the grass grow 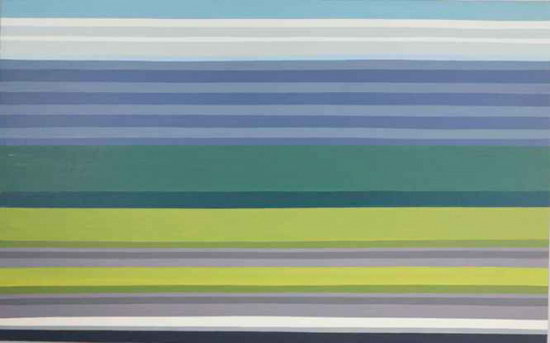 In 2011, the Foundation Center for Contemporary Art is inaugurating a new stage in the development of its own activities, and also in the operation of the noncommercial, experimental art scene as a whole.

The world economic crisis suddenly reduced the financial resources available for cultural production – in Ukraine, these processes coincided with the transformation of “contemporary/actual” into simply “art.” However, society’s higher degree of tolerance of – and even interest in – “unconventional” artistic practices does not guarantee either an appropriate degree and transparency of material support or conscious critical evaluation of actual projects.

The “Soros Era” – in other words, the period of philanthropic support of contemporary art by one sturdy Western institution aimed at “importing democracy” into countries of the former socialist bloc – is over. Instead, in the 2000s, Ukraine has insider players like Pinchuk&Arsenal (private capital that craves PR and legitimation) and national “care and supervision” (to use the metaphoric terminology of R.E.P.’s Patriotism). The motivation behind these new sources of financial support and institutional legitimation are inseparable from ideological demands, control and domination – we’re talking about power and money. The type of art that is developing in Ukraine’s mainstream today can be called without hesitation “entertaining contemporary.”

The scanty professional community, who is intellectually potent and conscious of its own position, is forced to adopt the tactics of constant maneuvering and concealed resistance: making concessions and compromises in the organizational sphere (including self-censorship when choosing a form for artistic expression, since painting and sculpture sell, in contrast to other media), while making advances in the symbolic sphere, in order to realize projects that are truly considered important.

The Ukrainian FCCA is one of a few institutions in post-Soviet space that have survived since the generous financing from George Soros’s Open Society Foundation ended at the beginning of the 2000s. For a long time, the chief vectors of the Center’s activity were international cooperation and local education, as well as large-scale projects; thus, the chain of CCAs was a genuine center for all artistic life outside the Artists’ Unions.

For the past two years, the Foundation CCA has been active both as the heir to a certain history and as an innovative subject in the art field. This second role, like everything new and experimental, often runs into noncomprehension, even within its own professional community. However, the very logic of cultivating the art field in Ukraine is forming a unique niche for the FCCA, and even a mission that can only be realized by the Foundation and its team as a unique conglomerate comprising political position, institutional experience, international ties, professional experience and creative intuition.

In today’s world there is evident disappointment in the illusions of a capitalist paradise. Even more so, the Western institutional system is wavering under the advance of neoliberalism and rigid economic policy. And we spent so much time looking to that art system as a model, an example to follow, one that we just couldn’t manage to recreate in our “defective” context, that we forgot that our context isn’t defective but unique!

We possess the extraordinarily valuable experience of existing in at least two economic and cultural worlds: the experience of surviving in a cynical, commercialized environment with a low intellectual level, and the experience of cultivating nonmaterial values without receiving any support. And now is not the time to reproduce-repeat something else, but to create new forms of cultural production that are at once appropriate to our situation and visionary as to the society that we would like to have in the future. Especially if we can finally look truth in the face and acknowledge that structurally, contemporary art in capitalism is positioned in the role of a submissive critic, a reservation for oppositional ideas that creates the illusion of democracy but in reality only maintains the status quo.

New Ukrainian art already has its own historical dynamic. The visual experiments of the “generation of 87” burst through the numbed Socialist Realist designs, but nevertheless remained to a large extent within the limits of painterly-planar thinking. The “generation of 2004” (its most illustrious representatives are R.E.P. and SOSka) puts forward more political aims and endeavors to work more actively in media other than painting. Even so, one very important development did not occur in Ukraine: although members of the art community [tusovka] of the 1990s have attained the status of prominent, emblematic artists, whose works are sold at prestigious auctions and end up in renowned private and museum collections, the representatives of this generation have not taken teaching positions, thus leaving a certain gap between the generations.

Several projects in recent years have displayed an even younger group of yesterday’s and today’s students who find themselves in the midst of a few parallel systems of coordinates. Having gone through academic training in art school and then viewed exhibitions of fundamentally different art, young artists attempt to create something alternative; but they don’t have the chance to obtain quality, systematic criticism, and so they work intuitively, (still) grounded in the visual.

Practically none of the generations of Ukrainian artists active since independence have any experience in public speaking, in consciously structuring the thought-schemes of their own projects, or in sharing these ideas with the public and intellectuals. And the public and intellectuals, from their side, still perceive contemporary art as decoration or (shocking) entertainment; they are incapable of entrusting themselves to its complex symbolic, metaphorical language, which requires a great degree of intellectual, emotional and sensual engagement, as well as responsibility from the viewer. They choose not to recognize art’s role as a political medium and producer of essentially new knowledge, instead of aesthetic commodities and enjoyment.

Any art institution in this context will encounter a typical set of problems engendered by the situation: insufficient funding, uncertain status in society, poor quality of education, lack of professionalism, hermeticism and no established rules for communication.

A commercial gallery may try to balance between selling paintings to obtain material capital and producing experimental projects for the sake of symbolic capital. A noncommercial space is doomed to either performing PR for a certain financial power or self-sacrifice.

Still, one of the most positive things is that the contemporary art scene is no longer centered around only one institution – more players have appeared, and today the Foundation Center for Contemporary Art does not have to engage in everything all at once – education, large-scale projects with invited “stars,” competitions, grant programs, supporting young people… Little by little these niches are being occupied by other organizations like Pinchuk Art Centre, Art Arsenal [Mystetskyi Arsenal], Ya Gallery; regional centers like “Dzyga,” “Izolyatsia,” the Kharkiv Municipal Gallery; and (emerging) others.

The core of the FCCA’s daily protocol becomes criticism, history and policy. From now on, the FCCA becomes an institution-knife in the process that sharpens (self-) evaluation, provides its intellectual framework, and serves as a place where certain critical principles are generated. And this is a “thankless” task, as Ukrainian artistic discourse has no tradition of critical thinking, or notion of criticism as a particular type of activity that makes manifest the thought-schemes and political gestures of artists.

The art community has a dramatic need for such an unforgiving mirror, as more opportunities appear for realizing experimental projects, but not for regular educational meetings, discussions, internal communication, for the construction and articulation of its own identity – everything that is essential to Artists as social actors to understand their new role in society and for solidarity in the framework of this role. Today, the FCCA’s uniqueness lies precisely in its potential as such a point of reference for the professional community.

But the role of the Critic-Mediator is twofold, and the other side of the mirror may be transparent. A transparent (thus honest, accessible) transmitter-translator who is capable of conveying to the Ukrainian public what these strange creatures, bohemian geniuses, shocking idiots, blessed fools [yurodyvi] have in mind… Those who speak a different language, unlike the customary, “objective,” “academic,” “rational,” verbal language. And that’s why it’s so hard to believe that the potential for creating new knowledge and new politics in this painful, brutal, real and unfathomably beautiful – like life itself – language is no smaller, and perhaps even greater, than in other spheres of intellectual work.