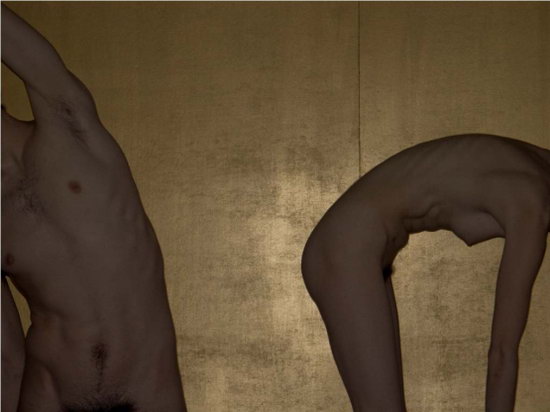 The art auction to benefit the Foundation Center for Contemporary Art presents a tremendous challenge to the FCCA itself. This is the topic continually being discussed within the Center. And this event will serve as a litmus test of the institution’s readiness to take on the role it is granted by the artist’s gesture of handing over his/her artwork and declining to receive its financial equivalent for his/her own profit, but turning it over for the good of the institution.

So what does the willingness of the artist – and even more so, a large group of artists who are active and prominent in the Ukrainian scene – to transfer the income from the sale of his/her work to benefit the Foundation mean? Above all, the artist thus recognizes this institution as an insider in the artistic process. It is a symbolic acknowledgement of the benefit, in the most abstract sense of the word, that the artist perceives (note – not art manager, not cultural policy administrator or cultural observer, but the artist, who directly produces the bulk of art material).

The symbolic recognition of the FCCA as part of the art community’s life is so important that artists, who often lack regular sources of financial support (whether from the state or local community), are ready to pass up their own potential earnings. This attests to their expectations and places obligations on the institution-benefactor that are no longer symbolic but programmatic.

Thus, the auction reveals itself as not just another routine event, but one that will determine the Foundation’s strategy for the next two years. Created from outside but supported and funded from within the art community itself, the Center is turning into a center, if not created by, then co-created by artists. And this means that the artistic community should become the Center’s primary target audience from now on, although not exclusively.

Here it’s worth noting that the willingness on the part of the community to offer such consolidated support to the Center was a dream in the late 1990s-early 2000s. And its realization today, in my opinion, is due to the emergence of the “generation of 2004,” which is directly tied to the activities of the Center for Contemporary Art at NaUKMA in the last years of its existence.

Specifically this generation became that glue that – unbeknownst to the art scene itself and often contradicting the opinion of many of its participants – began cohering individual artists or small groups into a certain unstable, vaguely contoured, but united through common discussion community. So then, paradoxically, the CCA at NaUKMA, which viewed its mission as the development of a wider audience for contemporary art, returned to the mission of its predecessor, the Soros Center for Contemporary Art. The SCCA’s mission was to support Ukrainian artists and establish contacts between the Ukrainian and international art scenes.

Today’s Foundation Center for Contemporary Art, as the successor of the Center for Contemporary Art at NaUKMA, also sees its mission as supporting artists. To be very precise, the FCCA’s mission could read: “To be an accessible, open platform for Ukrainian artists, critics, curators, writers and researchers of contemporary art. To provide a space for experimentation in the field of contemporary art and information about new work to the international professional art community.” Or, to be concise, as Gilbert and George said, “To be with Art is all we ask” (1970).

Practically speaking, this means that if the auction is successful (but let’s not forget that it is an experimental event for all its participants), the FCCA will devote the lion’s share of its attention to programs for artists. Rather than offering a set of specific services for individual artists, the focus will be on strategies aimed at improving communication about Ukrainian art and reflecting on this art, and also providing space for experimentation.

The Foundation will also work on a program for small-scale experimentation by Art Academy students and young artists. Such projects may be produced in partnership with artists of the older generation with the aim of overcoming the gap between generations and transmitting knowledge better, rather than keeping it hidden within the oral tradition of a small group.

I am convinced that today there is an unusually great need for a place where young artists can present work, that defends their right to fail. As artist Alevtina Kakhidze, while preparing her performance Only for Men (CCA at NaUKMA, 2006), once responded to a journalist’s request to confirm that the project will be successful and deserves an announcement in the press, “It’s quite the opposite, my project may be a failure.”

The freedom to allow one’s own project to fail has become a certain luxury, when really, this is indispensable for the artist to form his/her own language, delineate his/her interests, even acquire common working skills. The FCCA, ideally, would become that place where guaranteed success is not a requisite condition for initiating cooperation between the artist and institution.

The FCCA with also continue to foster Ukrainian art criticism – first of all, in the form of the online journal KORYDOR. And also in the form of discussions led by outside curators/moderators or by inviting international critics as speakers. In essence, the Center will endeavor to become a “home base” for independent curators and artists who can produce their projects here.

Finally, the Foundation aspires to become the place that artists simply come to for coffee, to meet colleagues, to talk about their activities; the first place that comes to mind when they’re arranging a semi-professional meeting. The FCCA hopes that new thoughts, ideas or valuable relationships will emerge from such meetings.

The gesture of confidence from the side of artists demands reciprocal action from the side of the Foundation. But obviously, all these activities will not begin suddenly all at once. The plan is to introduce elements of these programs that benefit artists gradually, testing out the best models through experimentation.

As I stated above, the auction itself, like the other plans laid out here, is an experiment for the Foundation Center for Contemporary Art. And it may be a failure, just like any other art project. But it begins with gratitude to the artists who are ready to risk their own works for the sake of the FCCA’s existence, and will continue with the highest hopes that the Center is capable of responding to the needs of the art community further along.

We can certainly say one thing – today the Foundation is already a place worth going to just for coffee and friendly conversation, and its project KORYDOR is a platform that gives critics and artists a voice. I hope that our collective experiment will turn out well and that farther on, these functions of a community center for artists will only become clearer and will serve the needs of the community.