An upgrade of norms 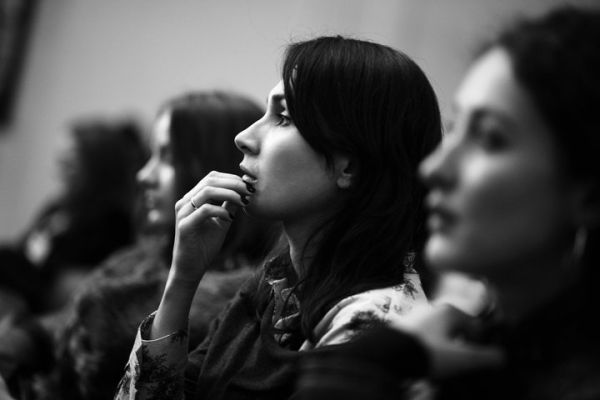 I’m not sure we should join the EU for economic reasons, but we do need a social contract likes theirs. Imagine that generation after generation a country’s most conscious people drew conclusions after wars, famine, regime change, etc., and agreed, despite different languages and nationalities, not to steal from the state because it is their home. Because they want it to remain a unique union of people – to be independent, sated, special, to showcase all the talents of its inhabitants and be that piece of land on this planet that’s called home. They agreed not to put money above human rights because no yacht or palace will give you a sense of security, reliability and neighborliness. Quality of life isn’t just money – it’s that sense of security, freedom and self-respect that human unity and support provide. Imagine the people agreed to draw a line between “I want” and “others want” because your freedom ends where someone else’s begins.

They agreed that living among criminals is uncomfortable and uneasy, and so they agreed not to cover up crimes or allow others ignore them. They agreed not to litter and be aggressive towards one another because by living in one country they share its misfortune, accidents and catastrophes, as well as its achievements, discoveries and victories.


They agreed not to stab people in the back by stealing their business. They agreed not to give, take or sanction bribes. They agreed not to torture and deny medical care to prisoners because this is inhumane and living next door to sadists is unpleasant for everyone. They agreed to behave like people and not protect rapists and racketeers, and not ignore blackmail by government authorities. The people agreed that everyone - even those that use drugs, love those of their own sex, haven’t decided or are confused about their sex, have different skin color or religion, many children, are disabled, unemployed – that everyone who doesn’t break the laws of cohabitation is different and has the right to basic trust and respect, regardless of what choices they made in life. They agreed to pay taxes. They agreed to inquire how the government spends their taxes and prevent theft.


They appointed people. They designed simple bureaucratic procedures that don’t belittle those who ask for help. They created a community in which it’s shameful not to behave like human beings because everyone makes an effort. And so they spend their lives not battling flaws but doing what they love best – business, art, following their calling. Ukrainians can’t grasp the concept of earning a good living practicing your trade. They’re not a European country, where the population complies one hundred percent with all agreements, and there’s no implied consent with this. But they have an agreement and we don’t.

We need a new social contract, which is why I am in favor of lustration, for example. We have to “upgrade” our vision of norms and stop being voluntary victims. People who are afraid of change and moan about “stability, prosperity and order” refer to poverty with the ability to “grab” from the state, government arbitrariness, the habit of giving bribes and their victim complex as stability. We are a society traumatized by distrust of one other after the 1930s and 1990s, distrust in the government.

We have virtually no common achievements as a nation, expect for sports; we didn’t defeat corruption, we didn’t change the government. We are too tolerant of evil and so it is becoming the norm. Instead of battling corruption and theft, most choose to go halves and make a “friendly” agreement. There is no public intolerance of obvious evil. Protest is perceived indignantly by people who aren’t used to the government taking them into consideration. “What, those slackers have nothing else to do?” they say.

We Ukrainians never put our personal benefit below the interests of the people. There are too many people among us ready to extend a hand to criminals for the sake of their own benefit - most seek compromise. Ukrainians are ready to accept what is unacceptable I would say for hygienic reasons, which is why the entire country now “stinks” because of these mutually beneficial schemes. Corruption and greed have become the norm. The government created a system in which working legally makes no sense.

They are forcibly criminalizing society. They are making everything inhospitable for people, uncomfortable, silly, overly complex. They are pushing people to commit petty crimes in order to be able to control them and punish them. That’s why people muddle about rather than earn a living. We’re tired of muddling about. We’re tired of corrupt courts where the ordinary citizen feels helpless and cheated and where you can spend years futilely trying to prove your obvious case for justice. It’s not that we want into the EU as much as we want a real stable working system, a government controlled by the public and respect for human rights.

They say that all achievements lie beyond the boundaries of comfort, and we will have to painful give up many shameful traits that have become the norm. But a certain part of society is ready to do so and we invite others to consider their attitude to these disgraceful living and work conditions being passed off as “stability, prosperity and order”.