Minority with a human face 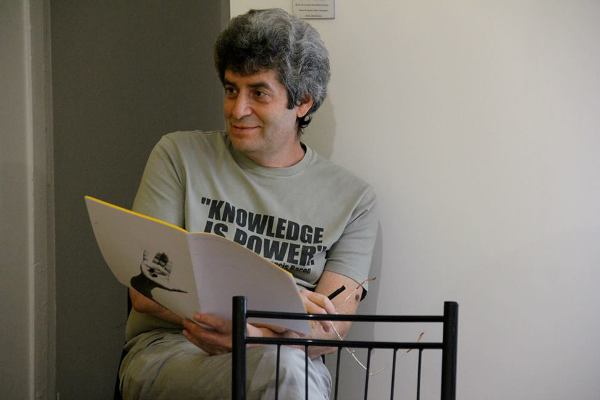 The current situation can probably best be compared to 1861 Russia, when limited bourgeois reforms were introduced “from above” to rescue the dying socio-cultural structure whose rotting was having a disastrous effect on the economy (the signal was defeat in the Crimean War).  But the dream to radicalize bourgeois reforms was utopian. As one of the character’s in Nikolay Cherntshevsky’s little known novel Prologue, written somewhere between Nerchinsk and Vilyuisk (he refused to accept a pardon), remarked: “A pitiful nation, a nation of slaves - from top to bottom, slaves through and through.”

The next crisis coincided with the defeat in the Russo-Japanese War that simultaneously “gifted” the people a constitution, revolution and pogroms. WWI ended with the political downfall of the monarchy, only to be immediately reborn after the pro-Russian maidan in 1917 as the “soviet” form of autocracy. The mobilization of two totalitarian regimes, backed by the stick of repression and carrot of egalitarian social policy and ideology quickly made them invincible in Europe.

The Soviet Union beat Germany in the war and froze the autocracy and rule by power until the mid 1980s. The soviet maidan ended with the wild bourgeois perestroika and collapse of the autocratic empire that is now being restored with success in Russia (using the most odious methods). Countries with “classical” capitalism understood the horrible lesson of “real socialism in one country”, national or international. Added to the unconditional right to private property was the absolute necessity “to share” like adults without bringing the situation to complete hopelessness. In Ukraine neither the political elite nor the masses have reached this understanding. To paraphrase Chernishevsky, today we can safely say: “A nation of thieves - from top to bottom, thieves through and through”, with the hierarchy and scope – some being forced, some forcing.

The best result of the EuroMaidan will be a deeper understanding that one task remains on the agenda – the construction of a normal capitalist society based on the lessons that normal capital countries learned from real socialism and the two world wars. Neither “soviet rule plus Ukrainianization of the whole country’ nor the struggle for the rights of people with disabilities, including LGBT, women, children, animals and Jew masons, will save us. These are just consequences. Right now we have to fight for a normal functioning representative democracy in the midst of a global crisis of representational democracy. We need a political force that those who have a human right on today’s maidans wouldn’t be ashamed to vote for. Otherwise we’ll just follow a circular path.