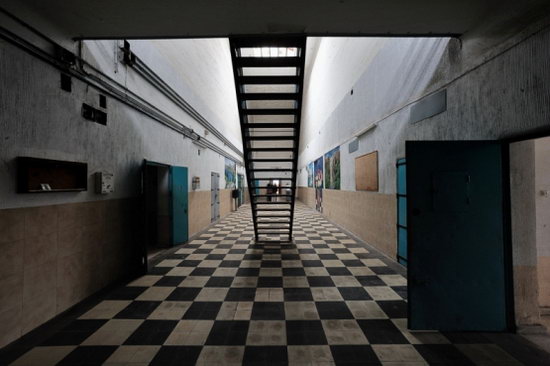 Unexpectedly for the Ukrainian art community, the prospect of holding Manifesta 10, Manifesta 11 or Manifesta 12 in Ukraine – an idea that until recently seemed unrealistic – just became real. For example, it could happen in Kyiv or Odesa. Or in Lviv or Kharkiv. While meeting with local art critics, curators, artists, cultural activists and cultural bureaucrats in the last days of August, Manifesta Foundation director Hedwig Fijen repeatedly expressed the Foundation’s strong interest in Ukraine as a new context, one that is perhaps full of challenges. And now it’s up to the local art scene to identify these challenges. But first of all, we ourselves should comprehend whether or not these challenges, which Manifesta could help us overcome, exist. And in turn, whether it is worth inviting Manifesta to Ukraine.

Now first, we need a clear picture of what Manifesta is and what it is not. It is not a fair of interesting objects like Art Basel, nor is it an exhibition of national economic achievements as is, inevitably, the Venice Biennale. It is not even always an exhibition. Or at least it doesn’t have to be. Rather, Manifesta is a platform that is sensitive to regional problems, but it is up to us to figure out this platform for ourselves. And so, let’s consider how this European forum could benefit Ukraine.

Manifesta is an occasion for Ukrainian art to analyze its own state and also the condition of the society in which it exists. And to try to break out of art’s customary isolation from society, represented by a suspicious and inexperienced public. It is a chance to overcome the mutual mistrust of artist toward profane viewer and viewer toward pretentious artist. It’s quite probable that this attempt to establish connections with a wide range of viewers is utopian. But utopia is no worse than believing that an artist is an enigmatic genius.

In addition, Manifesta can act as a catalyst, leading to an increasing degree of intellectual discussion in the field of Ukrainian art. Beyond a doubt, this level is higher today than it was ten years ago, and the texts of authors who are not yet well known cannot help but delight. And yet the Ukrainian discussion is relatively dull even in Kyiv, and beyond its borders resembles an eternal intellectual desert.

We still encounter the unfounded conviction that art is a field where the beautiful and marvelous are created, as if this is an indisputable truth. In particular, it seems that this belief is shared by most of our influential cultural bureaucrats. A forum like Manifesta could provide an incentive – not only for direct participants in the artistic process, but also for cultural workers – to look at art from another point of view. Perhaps the presence of a large and authoritative European festival (yet I wonder, can one really call Manifesta a festival?), with its organization of authorities, experts, publications and realized projects, will help change the views of official Ukrainian cultural structures. For example, there was a time when a few centers and galleries, especially the Center for Contemporary Art at NaUKMA, did help transform the notion of contemporary art practice in the sphere of cultural journalism. Why wouldn’t the activities of Manifesta – a larger and more authoritative “body” – facilitate the next step: changes and modernization of approaches to culture from the side of official Ukrainian organizations?

Manifesta in Ukraine will also promote the greater inclusion of contemporary Ukrainian art in the international context. This refers not only to artists, but also to critics and curators. To some degree, attention directed at Manifesta will spread to the event site, or in other words, to the local art scene in general. So for us, this could become an opportunity to overcome our own provincialism.

What is most interesting is that Manifesta could encourage our own artistic reflection on inherently Ukrainian internal problems of an extra-artistic character. For example, the politics of memory and the politics of forgetting, the idea of reconciling the (internal and external-political) borders of our European identity and diversity as a burden and not as a strength, as we in Ukraine tend to consider this diversity.

These are the first thoughts that come to mind when facing the prospect of holding Manifesta here. But then, the following thought will be, wouldn’t it be better to organize our own Ukrainian biennial instead of spending potential funds on a “foreign,” itinerant event?

No, not better, and even much worse. First, Manifesta is not only one event. It does include an event – a 100-day exhibition – but the exhibition is preceded by a couple years of work aimed at the positive development of the situation. What this means in particular, varies from region to region. The exhibition is just the tip of the iceberg of painstaking labor. For example, understanding the communities within each region; integrating the region’s creative forces into the international cultural process; advocating for contemporary culture before public (in our case, national) institutions; or expanding the idea of “Europe” to include in circulation its “non-European” history; examining post-colonial self-stigmatization of the region, etc. And so it is up to us to consider which particular situations, which cluster of problems, Manifesta should address in Ukraine, for in this case the relevance of each to the other is fundamentally important.

Every now and then, during the process of meetings between representatives of the Ukrainian art scene and Hedwig Fijen and Viktor Misiano, Chair of the Manifesta Board, similar thoughts about the complex ideas and challenges that Manifesta could address emerged. Several other ideas took shape in the discussion process, which followed the meetings with the representatives of this European biennial. Among them was the idea not to hold the biennial in Kyiv, where some kind of art scene – although not especially diverse – is already happening, but to use other cities as sites for thought, work and presentation of exhibitions. For example, such sites could be the stereotypical antipodes Donetsk and Lviv. This is even more interesting because in addition to decentralization and advocacy of contemporary culture in these places, we could achieve the effect of cooperation by uniting these two cities into one momentous organism by incorporating historians, sociologists and philosophers into the working process. It’s probable that this would allow us to reflect on the sore spots of our European identity. For if the imaginary border with Europe is Lviv, then what is Donetsk? And if the edge of Europe is Donetsk, then what does that make, for example, Tbilisi?

But if Manifesta were to take place in Kyiv after all, then this is a chance for a certain “external view” on the city, on its artistic life, its self-identity and identity apropos the outside world, perhaps through trauma and knowledge of this trauma. And if this is true, then we will have a wonderful opportunity to think about what these traumas are and how this traumatic landscape is “registered” in art.

So, who needs Manifesta? I can easily reply: we do. “We,” meaning the local art and intellectual community and also the cities where this forum might potentially take place. The power of Manifesta’s authority and intellectual tradition will set a considerably higher benchmark for intellectual work than a local biennial could. What we must do now is analyze, organize and enrich the ideas and propositions that have already surfaced during the meetings with Fijen and Misiano, form a consortium of people and organizations that are ready to devote a significant part of their working time to drawing Manifesta to Ukraine, and to begin substantive negotiations with the Manifesta Foundation.