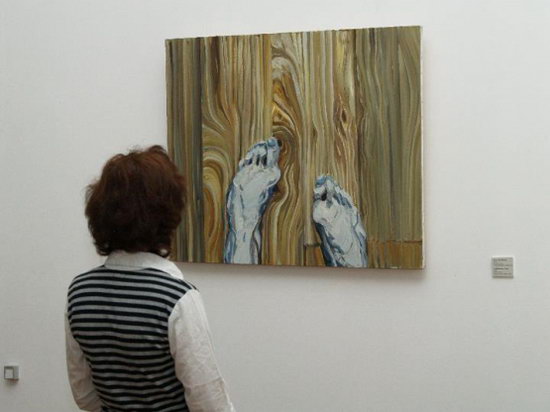 The recently opened Oleksandr Hnylytsky exhibit at the National Art Museum of Ukraine entitled “Hnylytsky. Cadavre exquis” not only gives the viewer the opportunity to become acquainted with previously unknown works by the artist, but offers a type of exhibit that till now wasn’t widespread in Ukraine and which is perfect for presenting Ukrainian art of the last two and a half decades.

The museum’s original idea was to organize a retrospective dedicated to the artist’s 50th birthday. During preparations for the exhibit, which were the joint effort of the artist’s widow, Lesya Zayats, and Oksana Barshinova, a curator at the museum, the project became a very personal and heartfelt tribute.

Lesya’s idea was to create a kind of virtual portrait of Hnylytsky that would include his self-portraits from different years, photographs, videos, friends’ recollections, homages by colleagues and plenty of memorabilia. Such an approach to the creativity of any other artist could have become boring and a failure – but not in the case of Hnylytsky, a universal genius who left his trace in almost all available media and did so in a unique way. Even in the metaphorically limited and forthright genre of self-portraiture, Hnylytsky was able to present a visual Klondike by painting himself reflected in various mirrored surfaces that he encountered in his everyday life.

These self-portraits, many drawn by Hnylytsky in his last years, as if trying to capture the ghostly evidence of his existence and hold on to his escaping life, make up the backbone of the exhibit. They are complemented by other self-portraits from different years (there is even an early self-portrait he made in art school in 1979), portraits of Hnylytsky made by his friends and colleagues, projects he took part in as a model or actor, video documentation of events, photographs, drawings, recollections, letters, quotes from interviews and press releases. In short, it is a motley mosaic of large monumental pieces along with very small, some very personal, fragments of the whole image lost to death.

The museum was taking a considerable risk by agreeing to Lesya Zayats’s curatorial vision. It would have been must easier and safer to put together a typical exhibit: take a set of “hits,” large bright paintings - even if they’ve been seen by the public a hundred times, but at least they’re well known - and turn them into a “blockbuster.” The painting of Hnylytsky, Tsagolov or Tistol is very easy for the curator, mainly because it is so good in itself that you don’t have to add a concept, research, or even routine explanations – it will still be beautiful and impressive. Perhaps it was this objective and self-supporting “beauty” of Ukrainian painting that played a cruel joke on it by depriving it for many years of critical and historical reflection, and, as a consequence, chances for the civilized and timely museumification of our artistic heritage.

In this respect, “Cadavre exquis” can be a model, a beta version of the museum’s presentation of what until recently was called “actual art” and “the new wave” and what is now rapidly becoming an historical phenomenon that requires comprehension, conservation and interpretation. It so happened that Hnylytsky’s 50th anniversary was close to another anniversary – the 20th anniversary of Ukrainian independence – and the exhibit at the National Art Museum opened just two weeks after the project "NEZALEZHNIndependent 1991-2011” at Art Arsenal. This was a very fortunate coincidence that offers the opportunity to discuss how to present and museumify contemporary Ukrainian art.

The main excuses given by the curators in response to accusations of taking a superficial, insufficiently historical and overly “poppy” approach to summing up twenty years of Ukrainian art were “lack of funding” and “lack of time.” In the case of the Hnylytsky exhibit, both of these perennial troubles of exhibiting modern Ukrainian art existed, but the result was completely different. The Hnylytsky exhibit succeeded in telling the viewer a history – the history of life, the history of creativity, friendship, love, and ultimately the history of death. In comparison, the exhibit at Arsenal is more like an effective, but devoid of internal logic, slideshow with elements of politics, sex and aesthetics, designed to entertain the glamorous audience without affecting their senses or minds.

Of course it’s wrong to draw direct parallels between these two projects; in addition to the abovementioned lack of funding and lack of time, they share in common the public status of the institutions where they were held. Everything else is different: one is a large-scale group exhibit, the other a retrospective of one artist. One is an officious commemorative event, the other a very personal project by relatives, friends and colleagues to pay tribute to an artist that passed away too early. In one case there is a fussy need to embrace the boundless, including the new, raw and often dubious, and the other – a meditative immersion in the legacy of a well-known classic.

So, comparing these two projects may seem too conflicting and inconsistent with the bright and nostalgic spirit of the exhibit “Cadavre exquis.” Nevertheless, this conflict may become a very important positive impetus to understanding how the history of Ukrainian art should be discussed and how to preserve an authentic image of that era. Because no matter how fantastic this may seem now, modern art will go out of fashion among wives of politicians and businessmen, the need for “blockbusters” will disappear, and there will be demand for smart and clear projects. There will be a need to explain what happened in Ukrainian art in the late 90s/early 2000s before the mass emergence of a new generation of artists on the art scene, while the works of classics of the “new wave” disappear without a trace into private collections, including abroad.

What this period, which now seems like some “Dark Age” of Ukrainian art, not written about by art historians and unfamiliar to the public, needs most is a careful and subtle curatorial approach because the “hits” of that time will likely not be returned. In the end, the question will appear on the agenda how to preserve and present the young art that is emerging before our eyes so that it too doesn’t disappear into private collections and get lost in the hype. We should start preparing to answer these questions right now and the exhibit “Hnylytsky. Cadavre exquis” seems like a surprisingly good answer. 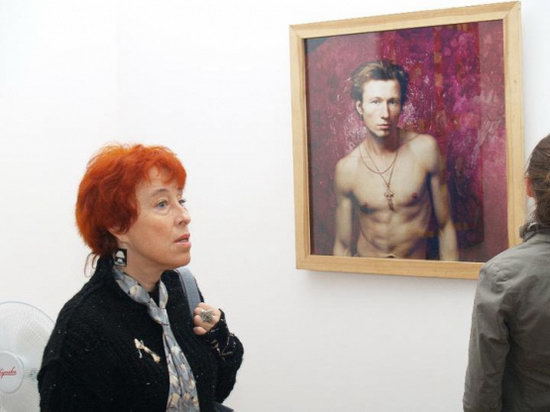 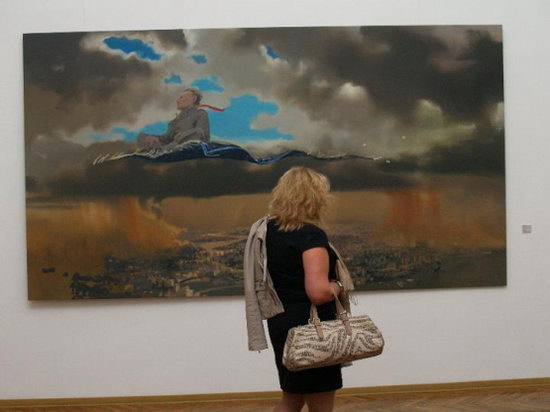 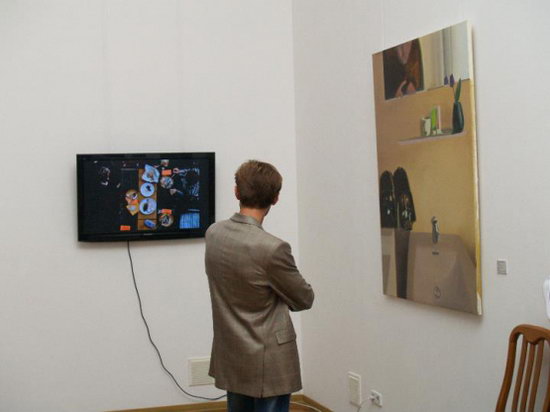 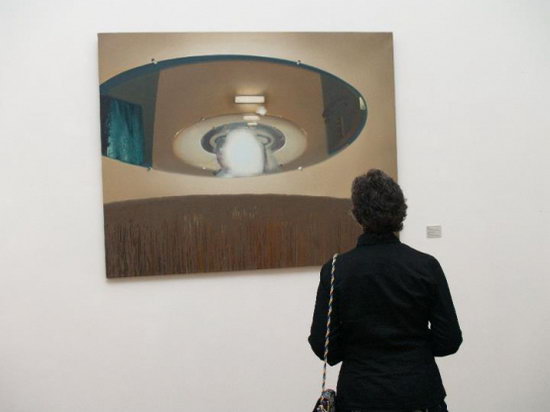 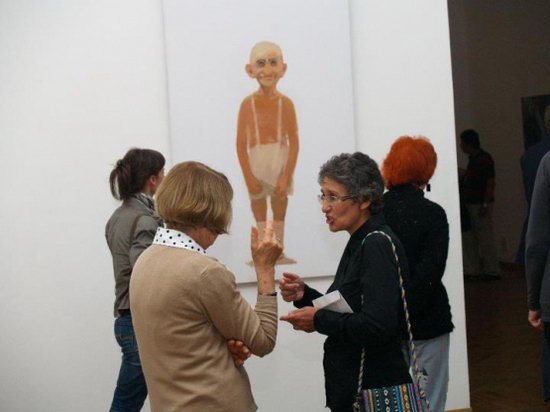 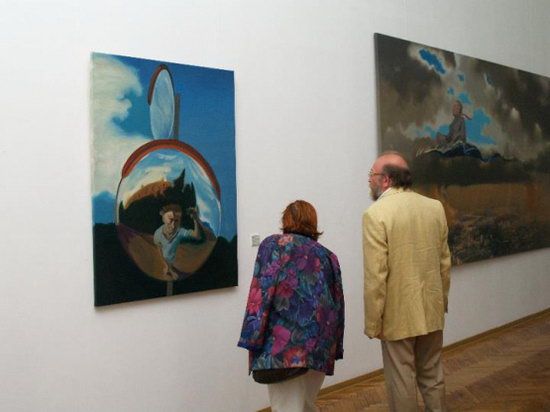 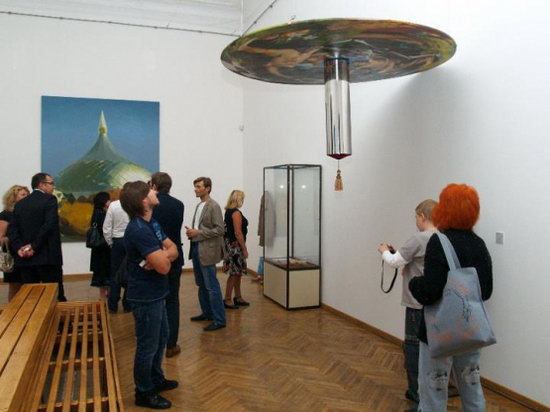