The Freedom of Dreaming 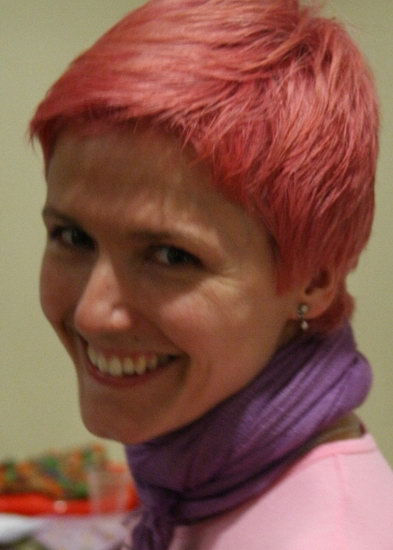 
This dream was about a place, where all the texts could live (not only mine): unwritten, because of the lack of time and disbelief that they could be read adequately; written "for yourself", because it was impossible not to write, but no one took them to print; rejected by the editor because of "non-format" style, incomprehension and because the editor doesn't like such stuff and because this cannot be sold to an imaginary reader.


The texts that are fictional, fabulous, expressed and told in the kitchen, smoking room, at the openings and after them, with emotions, well-thought, with an amazement or just with squinting wise eye.

But the most important is that it had to be a place, where those texts can be read.

Over time, when I was dreaming quietly by myself, the places (here, in my country) where the texts about modern culture could "live" were disappearing. And fewer turned out to be places to read them, not even talking about looking for them. Waiting for them? Discussing? Arguing? Thinking?

About year and a half ago the fact that the most active resource of culture critics in Ukraine is Ukrainian segment of LiveJournal, made me sick.

Culture process should leave itself not only in impressions, feelings, emotions and political preferences. It needs professional, responsible critics, deep reflection and some wider range of vision as well, which reaches much further place than western (and eastern finally) border of Ukraine. The cultural memory, as an identity question, question of the frontiers, legacy, novelty, modernity of the art or its necessity in our generally poor society is made of texts, reflections, discussions and the point of reference as well (when we don't need to get eyewitnesses together for the process renew, if they exist at all...). But the texts need their readers, from the ranges wider than colleagues, friends or like-minders.

KORYDOR grew up from such dream. And fortunately, grew it over and went ahead.

However, it is a little visionary now, but not utopian at all.

Yes, this is the place where I believe gonna be a lot of qualitative and interesting discussions about modern culture and contemporary art and about its political and social context. This is gonna be a journal which wants to be read.